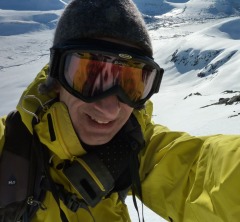 I like to create things, I like to work on engineering challenges as well as shape and visual appearance. I also enjoy working on abstractions like systems and concepts. This forms the foundation of Kvålsvoll Design.

Coming from a background as an engineer in software, electronics and control technology, I realise that the common denominator of my work is Product Development.

In 2010 I used a similar approach of dynamic systems theory and simulation to develop new technology for subwoofer loudspeakers for home theater and home entertainment sound reproduction.

One of my largest projects is the distributed control system, the main product of a company I started with four others in 2002. We continued development of this system until 2007, by then the system was a great technical success with thousands of applications installed mainly on offshore vessels.

In 2012 I started designing loudspeaker systems for home theater and home entertainment. Development is based on simulation. Designed around modern principles of controlled directivity sound radiation, they are challenging both for visual appearance and electroacoustics engineering. The results are very rewarding - quality of sound reproduction is significantly improved, while they still fit nicely into a domestic environment.

The new small speaker systems developed in 2020 set a new standard for sound - small size, acceptable cost, works in normal rooms, significantly better sound. This is the sound of the future, with considerable commercial potential.